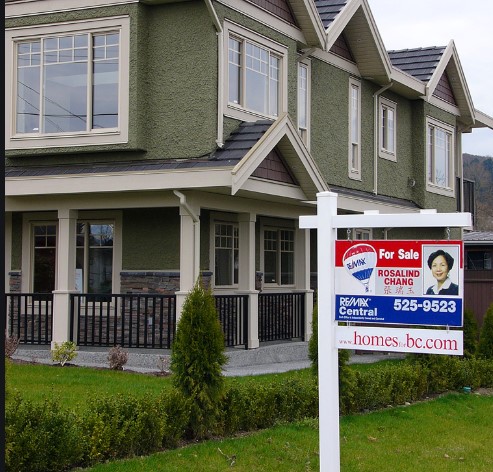 SalesForce, Microsoft, and Twitter have all extended their work from home policies either indefinitely or for the remainder of the year.

To say that housing is expensive in the Bay Area would be an understatement.

Frank ponders what will happen to the real estate market if you only go to the office once or twice a week? Or not at all?

Why spend money to be near a place you no longer go to daily?

Hey, what’s up is Frank here from data driven,

the podcast or we explore the emerging fields.

So uhm, today this morning.

Actually, I read that Salesforce is allowing their workforce to

work from home for the remainder of the Year this.

Got me thinking. Uh, about other companies that have done

Microsoft has at least last time I checked,

working from home or going into the office is voluntary

through at least October.

Twitter is said that they are going to make remote

I’m not sure Google stances,

but I think when you see the big tech industries,

the Big Giants in the tech industry is really what

I want to say.

Is they’re all embracing work from home that is going

I think implications across, well,

every industry, but I think one of the ones that

will be particularly impacted.

Given that number of Bay Area Giants have kind of

and it’s the stuff of almost jokes in terms of,

be a bidding war for said Shack.

I really wonder. Watt That will do for real estate,

because if you could you could stay in California.

Maybe move 3 four hours away from San Francisco or

And you can get a house that’s more affordable.

And if you are going to be working remotely indefinitely,

or even when things kind of go back to normal,

You probably only be required to come in less than

Uh, you know, maybe a once a week,

4 hour commute. Each way maybe that won’t be so

impact realestate ticular Lee in places like Silicon Valley and

but I’m really curious to see what the data will

So if you have that bad of a commute once

I think most people would be willing to tolerate that

for more affordable housing an.

I think that’s really going to impact kind of not

the high end ’cause I think people are always going

to want to have some property there,

but I really think it’s really going to change.

Kind of the lower to mid range of realestate all

Let me not just San Francisco,

but I can easily see this applying to New York,

Seattle. Places where. Technology companies have really driven up the

and you also have the opportunity that you know if

you don’t have to go into the office at all,

why not move to Nebraska?

You know where land is much cheaper than anywhere in

I really think that when the dust shakes out of

this and now that remote work is much more accepted,

I think it’s. I think we’re going to see changes

I always like to say that one of the most

powerful forces in the universe is actually.

Unintended consequences, so I’m really curious to see how that

I can also imagine folks trying to sell real estate

Must be having a difficult time because you’re basically asking

people to kind of come and go into peoples homes.

If you are real estate agent and you are dealing

my heart goes out to you.

But if you like to talk on the show,

kind of about how this is impacting you,

I don’t know. I think that would be interesting to

our listeners listeners if you if you’re not interested in

please leave a comment and we won’t pursue that,

but I think it’ll be interesting to see how the

kind of the fallout in real estate,

not just immediately, but I think over the long haul.

You know why pay millions of dollars for a condo?

going to have to ever really set foot in.

I think, at that point,

a lifestyle choice you want to live on a farm,

or you want to live in the heart of San

I think the same holds true for New York.

You know, any major city,

Doesn’t really matter where you are,

and I say this as someone that has worked remotely

for the better part of 15 years now with a

couple of exceptions here and then.

It’s interesting to see, kind of how this is going

And originally I was going to post this and talk

on my deck overlooking a forest and but Facebook did

not. Facebook live did not want to seem to let

I’m going to get some more vitamin D from the

The further protect myself. And you stay safe out there.

And if you have any thoughts about future shows,

I’m dropping a new show on Monday with a very

But I will not reveal that name.

’cause I think any and I want to keep that

But we had a great time talking to him,

so that should drop Monday.

Today’s Saturday, May 16th, so that would be Sunday,

May 18th. See just did some math in my head.

Anyway, you have a great day.